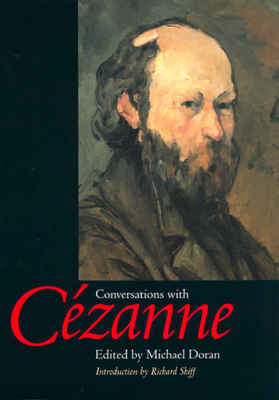 Michael Doran has gathered texts by contemporaries of Paul Cézanne (1839-1906)—including artists, critics, and writers—that illuminate the influential painter's philosophy of art especially in his late years. The book includes historically important essays by a dozen different authors, including Emile Bernard, Joaquim Gasquet, Maurice Denis, and Ambroise Vollard, along with selections from Cézanne's own letters.

In addition to the material included in the original French edition of the book, which has also been published in German, Italian, Spanish, and Japanese, this edition contains an introduction written especially for it by noted Cézanne scholar Richard Shiff. The book closes with Lawrence Gowing's magisterial essay, "The Logic of Organized Sensations," first published in 1977 and long out of print.

Cézanne's work, and the thinking that lay behind it, have been of inestimable importance to the artists who followed him. This gathering of writings will be of enormous interest to artists, writers, art historians—indeed to all students of modern art.

Michael Doran, who is both an art historian and a practicing artist, was formerly the Librarian of the Courtauld Institute in London.
Loading...
or support indie stores by buying on