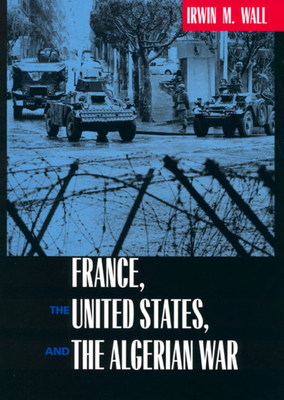 France, the United States, and the Algerian War

In this pioneering book, Irwin M. Wall unravels the intertwining threads of the protracted agony of France's war with Algeria, the American role in the fall of the Fourth Republic, the long shadow of Charles de Gaulle, and the decisive postwar power of the United States. At the heart of this study is an incisive analysis of how Washington helped bring de Gaulle to power and a penetrating revisionist account of his Algerian policy. Departing from widely held interpretations of the Algerian War, Wall approaches the conflict as an international diplomatic crisis whose outcome was primarily dependent on French relations with Washington, the NATO alliance, and the United Nations, rather than on military engagement.

Wall makes extensive use of previously unexamined documents from the Department of State, the French Ministry of Foreign Affairs, and heretofore secret files of the Archives of the French Army at Vincennes and the Colonial Ministry at Aix-en-Provence. He argues convincingly that de Gaulle always intended to keep Algeria French, in line with his goal to make France the center of a reorganized French union of autonomous but depen- dent African states and the heart of a Europe of cooperating states. Such a union, which the French called Eurafrica, would further France's chance to be an equal partner with Britain and the United States in a reordered "Free World."

In recent years the Algerian War has reclaimed its place in popular memory in France. Its interpreters have continued to view the conflict as a national, internal drama and de Gaulle as the second-time savior who ended French participation in a ruinous colonial war. But by analyzing the conflict in terms of French foreign policy, Wall shows the pivotal role of the United States and counters certain political myths that portray de Gaulle as an emancipator of colonial peoples. Wall's interpretation of the Algerian conflict may well spark controversy and will open important new avenues of debate concerning postwar international affairs.

Irwin M. Wall is Professor of History at the University of California, Riverside, and author of The United States and the Making of Postwar France, 1945-1954, which won the Chinard Prize in 1992.
Loading...
or support indie stores by buying on