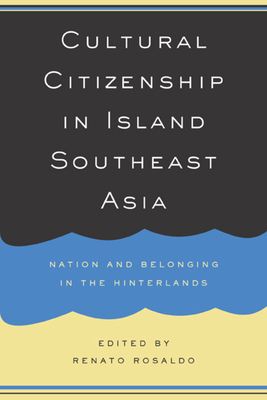 Nation and Belonging in the Hinterlands

Nation-building and the construction of citizenship, so often conducted—or coerced—from the center, are all too commonly studied from the center as well. This book moves the view of cultural citizenship to the periphery—specifically to the perspective of hinterland groups in Indonesia, the Philippines, and Sarawak, East Malaysia—to show that notions of nationhood and citizenship are not given, but created in dialogue between the state and local communities.

Written by an emergent generation of anthropologists, these essays address the question of how the identities of peoples whose lives are "marginal" to the modern nation-state have nonetheless been shaped by the impingement of the nation-state on their worlds. Together, these essays make a powerful contribution to understanding how cultural diversity in some parts of Southeast Asia has been reconfigured as modern states have promoted distinctive and powerfully-backed "imaginings" of nations.

Renato Rosaldo is Lucie Stern Professor in the Social Sciences and Professor of Cultural and Social Anthropology at Stanford University and the author of Culture and Truth: The Remaking of Social Analysis (1989) and Ilongot Headhunting, 1883-1974: A Study in Society and History (1980).
Loading...
or support indie stores by buying on