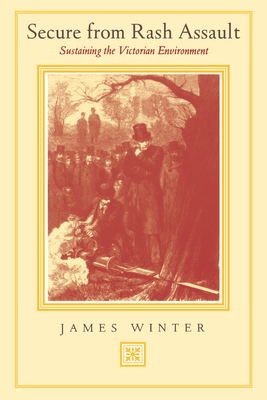 Nineteenth-century Britain led the world in technological innovation and urbanization, and unprecedented population growth contributed as well to the "rash assault," to quote Wordsworth, on Victorian countrysides. Yet James Winter finds that the British environment was generally spared widespread ecological damage.

Drawing from a remarkable variety of sources and disciplines, Winter focuses on human intervention as it not only destroyed but also preserved the physical environment. Industrial blight could be contained, he says, because of Britain's capacity to import resources from elsewhere, the conservative effect of the estate system, and certain intrinsic limitations of steam engines. The rash assault was further blunted by traditional agricultural practices, preservation of forests, and a growing recreation industry that favored beloved landscapes. Winter's illumination of Victorian attitudes toward the exploitation of natural resources offers a valuable preamble to ongoing discussions of human intervention in the environment.

James Winter is Professor Emeritus of History at the University of British Columbia and author of London's Teeming Streets, 1830-1914 (1993).
or support indie stores by buying on