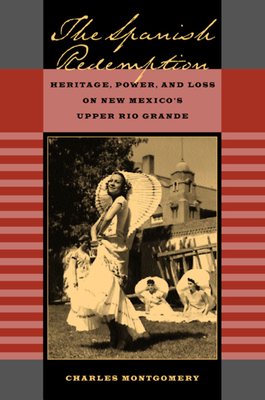 Charles Montgomery's compelling narrative traces the history of the upper Rio Grande's modern Spanish heritage, showing how Anglos and Hispanos sought to redefine the region's social character by glorifying its Spanish colonial past. This readable book demonstrates that northern New Mexico's twentieth-century Spanish heritage owes as much to the coming of the Santa Fe Railroad in 1880 as to the first Spanish colonial campaign of 1598. As the railroad brought capital and migrants into the region, Anglos posed an unprecedented challenge to Hispano wealth and political power. Yet unlike their counterparts in California and Texas, the Anglo newcomers could not wholly displace their Spanish-speaking rivals. Nor could they segregate themselves or the upper Rio Grande from the image, well-known throughout the Southwest, of the disreputable Mexican. Instead, prominent Anglos and Hispanos found common cause in transcending the region's Mexican character. Turning to colonial symbols of the conquistador, the Franciscan missionary, and the humble Spanish settler, they recast northern New Mexico and its people.

Charles Montgomery is Assistant Professor of History at the University of Florida.
Loading...
or support indie stores by buying on