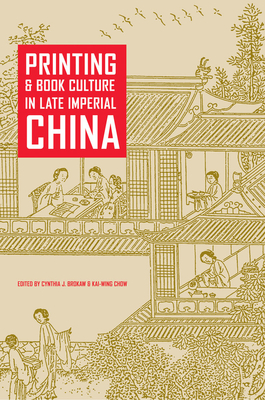 Despite the importance of books and the written word in Chinese society, the history of the book in China is a topic that has been little explored. This pioneering volume of essays, written by historians, art historians, and literary scholars, introduces the major issues in the social and cultural history of the book in late imperial China. Informed by many insights from the rich literature on the history of the Western book, these essays investigate the relationship between the manuscript and print culture; the emergence of urban and rural publishing centers; the expanding audience for books; the development of niche markets and specialized publishing of fiction, drama, non-Han texts, and genealogies; and more.

Cynthia J. Brokaw is Associate Professor of History at Ohio State University and author of The Ledgers of Merit and Demerit: Social Change and Moral Order in Late Imperial China (1991). Kai-wing Chow is Professor of History and of East Asian Languages and Cultures at the University of Illinois, Champaign-Urbana, and author of The Rise of Confucian Ritualism in Late Imperial China: Ethics, Classics, and Lineage Discourse (1994) and Publishing, Culture, and Power in Early Modern China (2004).
Loading...
or support indie stores by buying on