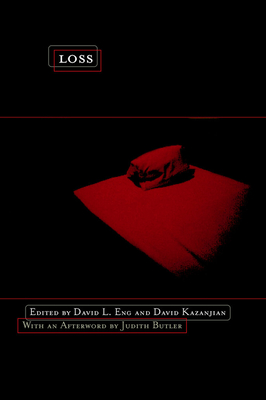 The Politics of Mourning

Taking stock of a century of pervasive loss—of warfare, disease, and political strife—this eloquent book opens a new view on both the past and the future by considering "what is lost" in terms of "what remains." Such a perspective, these essays suggest, engages and reanimates history. Plumbing the cultural and political implications of loss, the authors--political theorists, film and literary critics, museum curators, feminists, psychoanalysts, and AIDS activists--expose the humane and productive possibilities in the workings of witness, memory, and melancholy.

Among the sites of loss the authors revisit are slavery, apartheid, genocide, war, diaspora, migration, suicide, and disease. Their subjects range from the Irish Famine and the Ottoman slaughter of Armenians to the aftermath of the Vietnam War and apartheid in South Africa, problems of partial immigration and assimilation, AIDS, and the re-envisioning of leftist movements. In particular, Loss reveals how melancholia can lend meaning and force to notions of activism, ethics, and identity.

David L. Eng is Associate Professor in the Department of English at Rutgers University. He is author of Racial Castration: Managing Masculinity in Asian America (2001), as well as coeditor with Alice Y. Hom of Q & A: Queer in Asian America (1998), winner of a Lambda Literary Award and a Cultural Studies Book Award from the Association for Asian American Studies. His current book project, Queer Diasporas/Psychic Diasporas, explores the impact of transnational and queer social movements on family and kinship in the late twentieth century. David Kazanjian is Associate Professor of English at Queens College and the Graduate Center, City University of New York. He is author of Articulating "America": Imperial Citizenship Before the Civil War (forthcoming).
Loading...
or support indie stores by buying on