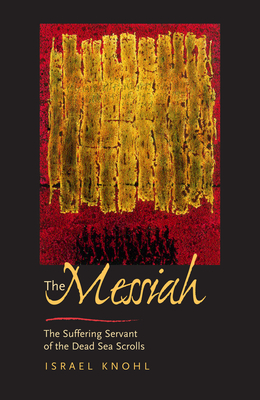 The Messiah before Jesus

The Suffering Servant of the Dead Sea Scrolls

In a work that challenges notions that have dominated New Testament scholarship for more than a hundred years, Israel Knohl gives startling evidence for a messianic precursor to Jesus who is described as the "Suffering Servant" in recently published fragments of the Dead Sea Scrolls. The Messiah before Jesus clarifies many formerly incomprehensible aspects of Jesus' life and confirms the story in the New Testament about his messianic awareness. The book shows that, around the time of Jesus' birth, there came into being a conception of "catastrophic" messianism in which the suffering, humiliation, and death of the messiah were regarded as an integral part of the redemptive process.

Scholars have long argued that Jesus could not have foreseen his suffering, death, and resurrection because the concept of a slain savior who rises from the dead was alien to the Judaism of his time. But, on the basis of hymns found at Qumran among the Dead Sea Scrolls, Knohl argues that, one generation before Jesus, a messianic leader arose in the Qumran sect who was regarded by his followers as ushering in an era of redemption and forgiveness. This messianic leader was killed by Roman soldiers in the course of a revolt that broke out in Jerusalem in 4 B.C.E. The Romans forbade his body to be buried and after the third day his disciples believed that he was resurrected and rose to heaven. This formed the basis for Jesus' messianic consciousness, Knohl argues; it was because of this model that Jesus anticipated he would suffer, die, and be resurrected after three days.

Knohl takes his fascinating inquiry one step further by suggesting that this messiah was a figure known to us from historical sources of the period. This identification may shed new light on the mystery of the "Paraclete" in the Gospel of John. A pathbreaking study, The Messiah before Jesus will reshape our understanding of Christianity and its relationship to Judaism.

Israel Knohl teaches at the Bible department of the Hebrew University, Jerusalem. He taught as a visiting Professor at Berkeley, Stanford, and Chicago. He is the author of The Sanctuary of Silence (1955), which won the Z. Shkop Award for Biblical Studies.
Loading...
or support indie stores by buying on