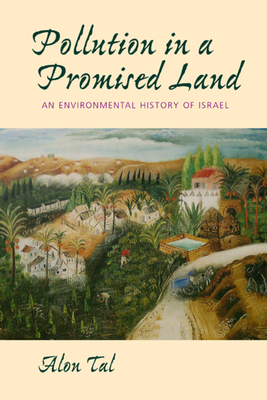 Pollution in a Promised Land

An Environmental History of Israel

Virtually undeveloped one hundred years ago, Israel, the promised "land of milk and honey," is in ecological disarray. In this gripping book, Alon Tal provides--for the first time ever--a history of environmentalism in Israel, interviewing hundreds of experts and activists who have made it their mission to keep the country's remarkable development sustainable amid a century of political and cultural turmoil.

The modern Zionist vision began as a quest to redeem a land that bore the cumulative effects of two thousand years of foreign domination and neglect. Since then, Israel has suffered from its success. A tenfold increase in population and standard of living has polluted the air. The deserts have bloomed but groundwater has become contaminated. Urban sprawl threatens to pave over much of the country's breathtaking landscape. Yet there is hope. Tal's account considers the ecological and tactical lessons that emerge from dozens of cases of environmental mishaps, from habitat loss to river reclamation. Pollution in a Promised Land argues that the priorities and strategies of Israeli environmental advocates must address issues beyond traditional green agendas.

Alon Tal is founder of the Arava Institute for Environmental Studies and chairman of Life and Environment, an umbrella group for Israel's eighty environmental organizations. He has a law degree from Hebrew University and a doctorate from the Harvard School of Public Health.
Loading...
or support indie stores by buying on