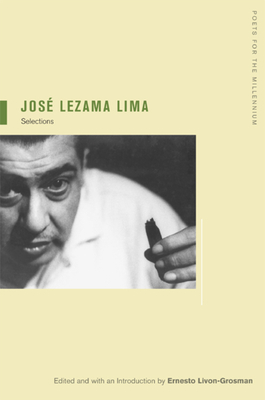 Selections (Poets for the Millennium #4)

Recognized as one of the most influential Latin American writers of the twentieth century, José Lezama Lima, born in Cuba in 1910, is associated with the Latin American neo-baroque and has influenced several generations of writers in and out of Cuba, including such prominent poets as Severo Sarduy and Néstor Perlongher. Lezama Lima's vision of America in a continental sense stands at the fertile confluence of indigenous, African, and European influences. A crucial experimental writer, he has been known in English chiefly for his novel Paradiso, while little of his poetry has been translated. This anthology is a comprehensive introduction to Lezama Lima's poetry. It presents for the first time in English a generous selection of his poems, as well as an interview, essays, and critical work on his poetics. Ernesto Livon-Grosman has selected elegant and precise translations by James Irby, G.J. Racz, Nathaniel Tarn, and Roberto Tejada. His insightful introduction places the poet in the wider context of Cuban and Latin American cultural history.

Ernesto Livon-Grosman is Assistant Professor of Romance Languages and Literatures at Boston College. He is the translator of Charles Olson: Poemas (1997) and the editor of The XUL Reader: An Anthology of Argentine Poetry (1997). His most recent book is Geografías imaginarias: El relato de viaje y la construcción del paisaje patagónico (2003).
Loading...
or support indie stores by buying on