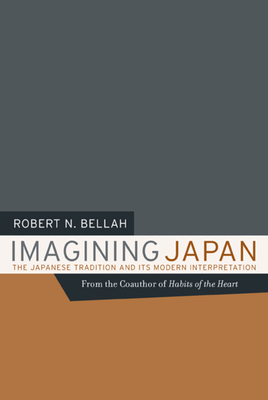 The Japanese Tradition and its Modern Interpretation

One of the most influential sociologists living today, Robert N. Bellah began his career as a Japan specialist, and has continued to contribute to the field over the past thirty years. Imagining Japan is a collection of some of his most important writings, including essays that consider the entire sweep of Japanese history and the character of Japanese society and religion. Combining intellectual rigor, broad scholarship, and ethical commitment, this book also features a new and extensive introduction that brings together intellectual and institutional dimensions of Japanese history.

Robert N. Bellah is Elliott Professor of Sociology, Emeritus, at the University of California, Berkeley. He is author of Beyond Belief (California, 1991) and Tokugawa Religion: The Cultural Roots of Modern Japan (1985), and coauthor of Habits of the Heart (California, 1985).
Loading...
or support indie stores by buying on