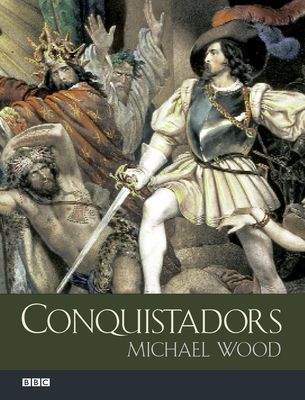 Following in the footsteps of the greatest Spanish adventurers, Michael Wood retraces the path of the conquistadors from Amazonia to Lake Titicaca, and from the deserts of North Mexico to the heights of Machu Picchu. As he travels the same routes as Hernán Cortés, and Francisco and Gonzalo Pizarro, Wood describes the dramatic events that accompanied the epic sixteenth-century Spanish conquest of the Aztec and Inca empires. He also follows parts of Orellana's extraordinary voyage of discovery down the Amazon and of Cabeza de Vaca's arduous journey across America to the Pacific. Few stories in history match these conquests for sheer drama, endurance, and distances covered, and Wood's gripping narrative brings them fully to life.

Wood reconstructs both sides of the conquest, drawing from sources such as Bernal Diaz's eyewitness account, Cortés's own letters, and the Aztec texts recorded not long after the fall of Mexico. Wood's evocative story of his own journey makes a compelling connection with the sixteenth-century world as he relates the present-day customs, rituals, and oral traditions of the people he meets. He offers powerful descriptions of the rivers, mountains, and ruins he encounters on his trip, comparing what he has seen and experienced with the historical record. A wealth of stunning photographs support the text, drawing the reader closer to the land and its people.

As well as being one of the pivotal events in history, the Spanish conquest of the Americas was one of the most cruel and devastating. Wood grapples with the moral legacy of the European invasion and with the implications of an episode in history that swept away civilizations, religions, and ways of life. The stories in Conquistadors are not only of conquest, heroism, and greed, but of changes in the way we see the world, history and civilization, justice and human rights.

Michael Wood has worked as a journalist, broadcaster, and filmmaker, and is author of several highly acclaimed books, including Domesday (1986), In Search of the Dark Ages (1987), Legacy (1995), In Search of the Trojan War (California, 1998), and In Search of England (California, 2000). He has over sixty documentary films to his name, among them Legacy, Saddam's Killing Fields, and In the Footsteps of Alexander The Great, for which he also wrote the accompanying book.
or support indie stores by buying on