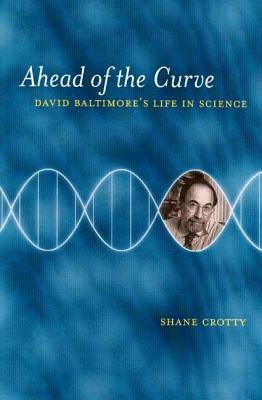 Ahead of the Curve

Shane Crotty's biography of David Baltimore details the life and work of one of the most brilliant, powerful, and controversial scientists of our time. Although only in his early sixties, Baltimore has made major discoveries in molecular biology, established the prestigious Whitehead Institute at MIT, been president of Rockefeller University, won the Nobel Prize, and been vilified by detractors in one of the most scandalous and protracted investigations of scientific fraud ever. He is now president of Caltech and a leader in the search for an AIDS vaccine. Crotty not only tells the compelling story of this larger-than-life figure, he also treats the reader to a lucid account of the amazing revolution that has occurred in biology during the past forty years.

Basing his narrative on many personal interviews, Crotty recounts the milestones of Baltimore's career: completing his Ph.D. at Rockefeller University in eighteen months, participating in the anti—Vietnam War movement, winning a Nobel Prize at age thirty-seven for the codiscovery of reverse transcriptase, and co-organizing the recombinant DNA/genetic engineering moratorium. Along the way, readers learn what viruses are and what they do, what cancer is and how it happens, the complexities of the AIDS problem, how genetic engineering works, and why making a vaccine is a complicated process. And, as Crotty considers Baltimore's public life, he retells the famous scientific fraud saga and Baltimore's vindication after a decade of character assassination.

Crotty possesses the alchemical skill of converting technical scientific history into entertaining prose as he conveys Baltimore's huge ambitions, intensity, scientific genius, attitude toward science and politics, and Baltimore's own view about what happened in the "Baltimore Affair." Ahead of the Curve shows why with his complex personality, keen involvement in public issues, and wide-ranging interests David Baltimore has not only shaped the face of American science as we know it today, but has also become a presence in our culture.

Shane Crotty is a molecular biologist in the Emory University School of Medicine, where he studies viruses and works to develop new vaccines.
Loading...
or support indie stores by buying on