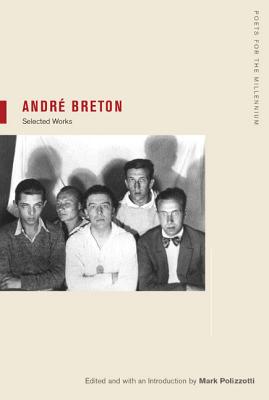 Selections (Poets for the Millennium #1)

Founder of the Surrealist movement, André Breton has also come to be recognized as one of the twentieth century's most innovative and influential poets. The inaugural volume in the Poets for the Millennium series, André Breton offers the most comprehensive selection available in English of Breton's poetry, along with a selection of his major prose writings. The translations, a number of which are published here for the first time, are by some of the most notable poets in our language, including David Antin, Paul Auster, Samuel Beckett, Michael Benedikt, Robert Duncan, David Gascoyne, and Charles Simic. This volume also includes an extensive biographical and thematic introduction by Mark Polizzotti, which sets the poems in the context of Breton's life and overall career.

Mark Polizzotti is the author of Revolution of the Mind: The Life of André Breton (1995), Lautréamont Nomad (1994), The New Life: Poems (1998), and S: a novel (1997). He has translated the work of André Breton, René Daumal, Jean Echenoz, and Marguerite Duras, among others.
Loading...
or support indie stores by buying on