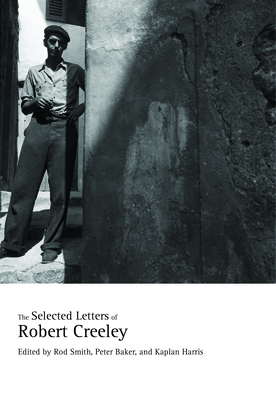 The Selected Letters of Robert Creeley

Robert Creeley is one of the most celebrated and influential American poets. A stylist of the highest order, Creeley imbued his correspondence with the literary artistry he brought to his poetry. Through his engagements with mentors such as William Carlos Williams and Ezra Pound, peers such as Charles Olson, Robert Duncan, Denise Levertov, Allen Ginsberg, and Jack Kerouac, and mentees such as Charles Bernstein, Anselm Berrigan, Ed Dorn, Susan Howe, and Tom Raworth, Creeley helped forge a new poetry that re-imagined writing for his and subsequent generations. This first-ever volume of his letters, written between 1945 and 2005, document the life, work, and times of one of our greatest writers, and represent a critical archive of the development of contemporary American poetry, as well as the changing nature of letter-writing and communication in the digital era.

Praise For The Selected Letters of Robert Creeley…

"This is an immense, fascinating milestone."
— The Buffalo News

Robert Creeley (1926—2005) published more than sixty books of poetry, prose, essays, and interviews in the United States and abroad. His many honors included the Lannan Lifetime Achievement Award, the Frost Medal, the Shelley Memorial Award, and the Bollingen Prize for Poetry. He was a member of the American Academy of Arts and Letters and Distinguished Professor in the Graduate Program in Literary Arts at Brown University.

Rod Smith is the author of several collections of poetry, including Deed (2007), editor of the journal Aerial, publisher of Edge Books, and manager of Bridge Street Books in Washington, D.C.

Peter Baker is Professor of English and Cultural Studies at Towson University in Maryland. He is the author or editor of six previous volumes, including Detecting Detection: International Perspectives on the Uses of a Plot (2012).