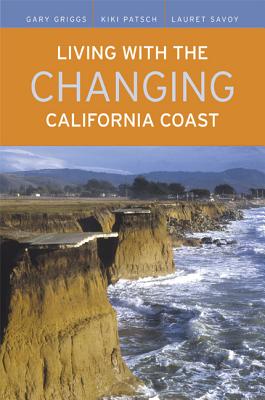 Living with the Changing California Coast

Crowded into the beautiful, narrow strip at the edge of the ocean, the large number of people who live near California's dynamic coastline often have little awareness of the hazards—waves, tides, wind, storms, rain, and runoff—that erode and impact the coast and claim property on a regular basis. This up-to-date, authoritative, and easy-to-use book, a geological profile of the California coast from Mexico to the Oregon border, describes the landforms and processes that shape the coastline and beaches, documents how erosion has affected development, and discusses the options that are available for dealing with coastal hazards and geologic instability.

A completely revised and updated edition of Living with the California Coast (1985), this book features hundreds of new photographs and the latest data on human activity on the coast, on climate change, on rising seas levels, and on coastal erosion and protection. With its dramatic photographs and mile-by-mile maps, Living with the Changing California Coast will be an essential resource for those intending to buy or build along the coast, those who need specific information about various coastal regions, and those who are seeking information about how this remarkable coastline has evolved.

*Offers specific advice for homebuyers,residents, and developers on which areas to avoid, on what safety measures should be taken, and on what danger signals should be heeded


Praise For Living with the Changing California Coast…

“This revised edition . . . offers a much-needed update of what scientists have learned about rising sea level, sand movement, and other processes affecting the shoreline. It is essential reading for prospective beach-front home buyers, residents, developers and coastal managers at all levels of government.”
— San Diego Union-Tribune

“For anyone who lives near the coast, this book will prove illuminating. For anyone comfortable with the idea that life is uncertain, it will prove instructive. For anyone actually living on the shore, it might be imperative. For those who think that we humans have everything under control, it might prove frightening. . . . It is erudite, informative, meticulous, and good reading to boot.”
— California Coast & Ocean

“The authors and coastal geologists familiar with specific regions describe these individual areas, including what we know about their geology, hazards, and histories.”
— SIDA, Contributions to Botany

Gary Griggs is Professor of Earth Sciences and Director of the Institute of Marine Sciences at the University of California, Santa Cruz. He is coauthor, with John A. Gilchrist, of Geologic Hazards: Resources and Land Use Planning (1983) and The Earth and Land Use Planning (1977). Kiki Patsch is Post-Graduate Researcher in the Department of Earth Sciences at the University of California at Santa Cruz. Lauret Savoy is Professor of Geology and Environmental Studies at Mount Holyoke College.
Loading...
or support indie stores by buying on