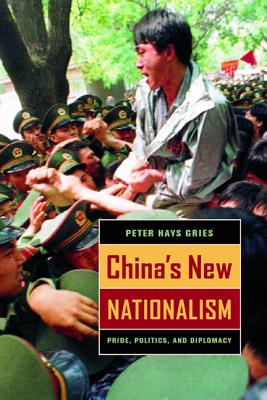 Three American missiles hit the Chinese embassy in Belgrade, and what Americans view as an appalling and tragic mistake, many Chinese see as a "barbaric" and intentional "criminal act," the latest in a long series of Western aggressions against China. In this book, Peter Hays Gries explores the roles of perception and sentiment in the growth of popular nationalism in China. At a time when the direction of China's foreign and domestic policies have profound ramifications worldwide, Gries offers a rare, in-depth look at the nature of China's new nationalism, particularly as it involves Sino-American and Sino-Japanese relations—two bilateral relations that carry extraordinary implications for peace and stability in the twenty-first century.

Through recent Chinese books and magazines, movies, television shows, posters, and cartoons, Gries traces the emergence of this new nationalism. Anti-Western sentiment, once created and encouraged by China's ruling PRC, has been taken up independently by a new generation of Chinese. Deeply rooted in narratives about past "humiliations" at the hands of the West and impassioned notions of Chinese identity, popular nationalism is now undermining the Communist Party's monopoly on political discourse, threatening the regime's stability. As readable as it is closely researched and reasoned, this timely book analyzes the impact that popular nationalism will have on twenty-first century China and the world.

Peter Hays Gries is Assistant Professor of Political Science at the University of Colorado, Boulder, Codirector of the Sino-American Security Dialogue, and coeditor of State and Society in 21st-Century China: Crisis, Contention, and Legitimation (forthcoming).
or support indie stores by buying on