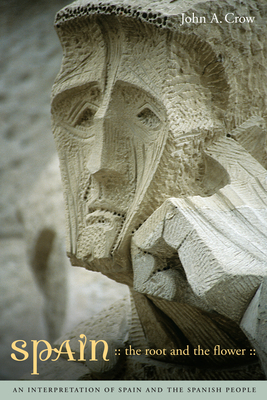 The Root and the Flower: An Interpretation of Spain and the Spanish People

This is the late John A. Crow's classic study of the cultural history of Spain and its people, which he last updated in 1985 but which seems as fresh and pertinent as when he first wrote it. Crow devoted a lifetime to Hispanic studies and here provides a historical interpretation of Spanish civilization from its earliest beginnings to the present. The scope of this study is remarkable and includes chapters on Roman Spain, the Jews in Spain, the Moors, life in medieval towns, and the Golden Age of Spain, plus a view of Franco's legacy.

Praise For Spain, Third Edition: The Root and the Flower: An Interpretation of Spain and the Spanish People…

"The distinctive features of the book are indeed the author's deep insight into the mores of the country, the fundamental psychology of the Spanish people as shared by geography and history, and his enthusiasm for the brilliance of Spain's culture, which has at all times dwarfed the political ephemera. The essential political facts are all there, but far more important and meaningful—to him and to us—is the environmental lore that Dr. Crow has gleaned from his many journeys since he first went to Spain in 1928: wisdom and understanding which he now distills for us in a lively idiom that is in the best tradition of humane Hispanists."
— Times Literary Supplement

John A. Crow (1906-2001) was Professor Emeritus of Spanish at the University of California, Los Angeles. He was also author of The Epic of Latin America (fourth edition, California, 1992).
Loading...
or support indie stores by buying on