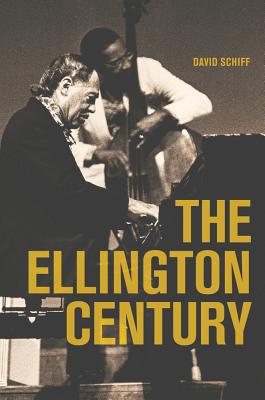 Breaking down walls between genres that are usually discussed separately—classical, jazz, and popular—this highly engaging book offers a compelling new integrated view of twentieth-century music. Placing Duke Ellington (1899–1974) at the center of the story, David Schiff explores music written during the composer’s lifetime in terms of broad ideas such as rhythm, melody, and harmony. He shows how composers and performers across genres shared the common pursuit of representing the rapidly changing conditions of modern life. The Ellington Century demonstrates how Duke Ellington’s music is as vital to musical modernism as anything by Stravinsky, more influential than anything by Schoenberg, and has had a lasting impact on jazz and pop that reaches from Gershwin to contemporary R&B.

David Alan Schiff is R.P. Wollenberg Professor of Music at Reed College. He is a composer, journalist whose articles have appeared in publications including the New York Times and the Atlantic, and the author of George Gershwin: Rhapsody in Blue and The Music of Elliot Carter.

Praise For The Ellington Century…

“’The Ellington Century’ redefines the Duke's place in American music. . . . It's a must-read for music students and enthusiasts.”
— David Stabler

“Schiff makes you yearn to be a part of the ongoing flow of all music, not just jazz, or classical, or pop, or anything else. And that is one of the highest compliments I can pay the book.”
— John Scott G

“The most stimulating contribution to the Ellington literature I have encountered since Eddie Lambert’s Listener’s Guide.”
— Roger Boyes

“This book will be a must read for Ellingtonians and any musician interested in jazz-classical theory.”
— Lewis J Whittington

“An invaluable contribution to music history . . . [it] opens the door to a new understanding of modernism, one that resists traditional narratives of stratification and embraces history in all its messy complexity.”
— Caroline Waight

“Schiff is ostensibly addressing classical listeners, but jazz folks will find the book equally fascinating, looking over the fence from the other side, at the harmonic refinements that would enrich jazz. . . . The Ellington Century’s expansiveness and shifting frames of reference are typically Ellingtonian. This lively kaleidoscopic narrative evokes Ellington’s inclusive spirit.”
— Kevin Whitehead