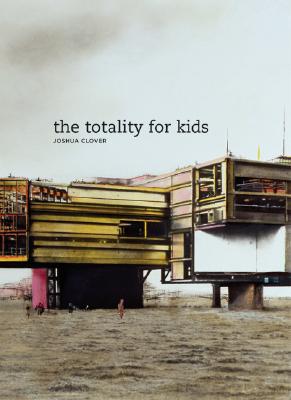 The Totality for Kids is the second collection of poems by Joshua Clover, whose debut, Madonna anno domini, won the Walt Whitman award from the Academy of American Poets. This volume takes as its subject the troubled sleep of late modernity, from the grandeur and failure of megacities to the retreats and displacements of the suburbs. The power of crowds and architecture commingles with the alienation and idleness of the observer, caught between “the brutal red dream/Of the collective” and “the parade/Of the ideal citizen.” The book’s action takes place in these gaps, “dead spaces beside the endlessly grieving stream.” The frozen tableau of the spectacle meets its double in the sense that something is always about to happen. Political furies and erotic imaginings coalesce and escape within a welter of unmoored allusions, encounters, citations, and histories, the dreams possible within the modern’s excess of signification—as if to return revolutionary possibility to the regime of information by singing it its own song.

Joshua Clover is the author of The Matrix (2005) and Madonna anno domini (1997). He is Associate Professor of Poetry and Poetics at the University of California, Davis, and contributes to the Village Voice and The New York Times.
or
Not Currently Available for Direct Purchase