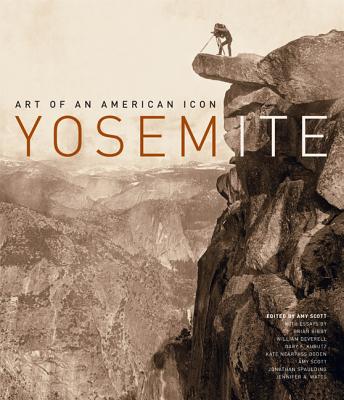 Art of an American Icon

This lavishly illustrated volume offers a stunning new view of Yosemite's visual history by presenting two hundred works of art together with provocative essays that explore the rich intersections between art and nature in this incomparable Sierra Nevada wilderness. Integrating the work of Native peoples, it provides the first inclusive view of the artists who helped create an icon of the American wilderness by featuring painting, photography, basketry, and other artworks from both well-known and little-studied artists from the nineteenth century to the present. Yosemite: Art of an American Icon pursues several evocative themes, including the relationship between environment and aesthetics in Yosemite; the various ways in which artists have shaped how we see and use the park; and the dynamic intersections between art, nature, and commerce that have played out during its history. In addition to offering a wide-ranging view of Yosemite's art over the past two centuries, the volume provides intriguing insights into the complexities and contradictions inherent in its enduring image as both an unspoiled natural wonder and a must-see spot for sightseers.

Copub: Museum of the American West

Praise For Yosemite: Art of an American Icon…

“The season's most impressive art book, Yosemite is aptly subtitled Art of an American Icon. . . . In addition to the spectacular illustrations—the chapter on the early photographers includes some breath-taking panoramas—Yosemite boasts some unusually astute and readable analyses by a half-dozen guest scholars.”
— Metro Newspapers

“A wonderful walk down art history lane while still being a balanced and fair assessment of Yosemite’s complexities. . . . And for the first time, in one single gorgeous volume, we can delight in a complete and wide-ranging artistic view of its wonder, power and mystery.”
— Fresno Magazine