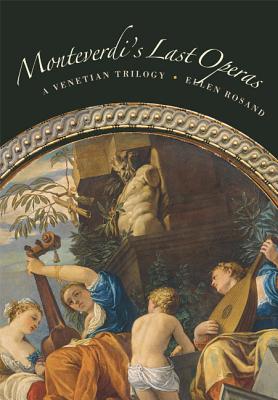 Claudio Monteverdi (1567-1643) was the first important composer of opera. This innovative study by one of the foremost experts on Monteverdi and seventeenth-century opera examines the composer's celebrated final works—Il ritorno d'Ulisse (1640) and L'incoronazione di Poppea (1642)—from a new perspective. Ellen Rosand considers these works as not merely a pair but constituents of a trio, a Venetian trilogy that, Rosand argues, properly includes a third opera, Le nozze d'Enea (1641). Although its music has not survived, its chronological placement between the other two operas opens new prospects for better understanding all three, both in their specifically Venetian context and as the creations of an old master. A thorough review of manuscript and printed sources of Ritorno and Poppea, in conjunction with those of their erstwhile silent companion, offers new possibilities for resolving the questions of authenticity that have swirled around Monteverdi's last operas since their discovery in the late nineteenth century. Le nozze d'Enea also helps to explain the striking differences between the other two, casting new light on their contrasting moral ethos: the conflict between a world of emotional propriety and restraint and one of hedonistic abandon.

Ellen Rosand is George A. Saden Professor of Music at Yale and author of Opera in Seventeenth Century Venice: The Creation of a Genre (UC Press, 1991, 2007).
Loading...
or
Not Currently Available for Direct Purchase