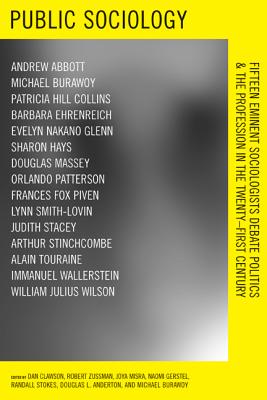 In 2004, Michael Burawoy, speaking as president of the American Sociological Association, generated far-reaching controversy when he issued an ambitious and impassioned call for a "public sociology." Burawoy argued that sociology should speak beyond the university, engaging with social movements and deepening an understanding of the historical and social context in which they exist. In this volume, renowned sociologists come together to debate the perils and the potentials of Burawoy's challenge.