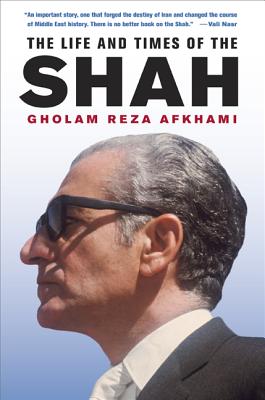 The Life and Times of the Shah

This epic biography, a gripping insider's account, is a long-overdue chronicle of the life and times of Mohammad Reza Shah, who ruled from 1941 to 1979 as the last Iranian monarch. Gholam Reza Afkhami uses his unparalleled access to a large number of individuals—including high-ranking figures in the shah's regime, members of his family, and members of the opposition—to depict the unfolding of the shah's life against the forces and events that shaped the development of modern Iran. The first major biography of the Shah in twenty-five years, this richly detailed account provides a radically new perspective on key events in Iranian history, including the 1979 revolution, U.S.-Iran relations, and Iran's nuclear program. It also sheds new light on what now drives political and cultural currents in a country at the heart of today's most perplexing geopolitical dilemmas.

Praise For The Life and Times of the Shah…

“A comprehensive and well-researched reexamination of a well-meaning but tragic figure.”
— Jay Freeman

“An easily accessible book, which should prove useful to people who are interested in the history and politics of modern Middle East.”
— Serpil Atamaz-Hazar

Gholam Reza Afkhami is Senior Scholar at the Foundation for Iranian Studies. Before the revolution of 1979 he was Professor of Political Science at the National University of Iran, Secretary-General of Iran's National Committee for World Literacy Program and Deputy Minister of Interior. He is author of The Iranian Revolution, among other books
Loading...
or support indie stores by buying on