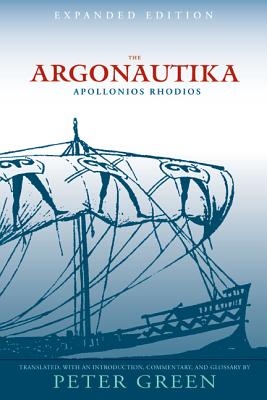 The Argonautika, the only surviving epic of the Hellenistic era, is a retelling of the tale of Jason and the Golden Fleece, probably the oldest extant Greek myth. Peter Green's lively, readable verse translation captures the swift narrative movement of Apollonios's epic Greek. This expanded paperback edition contains Green's incisive commentary, introduction, and glossary.

Peter Green is Dougherty Centennial Professor of Classics at the University of Texas, Austin. His other books available from UC Press include Alexander of Macedon, 356-323 B.C., The Greco-Persian Wars, and The Poems of Catullus.
Loading...
or support indie stores by buying on