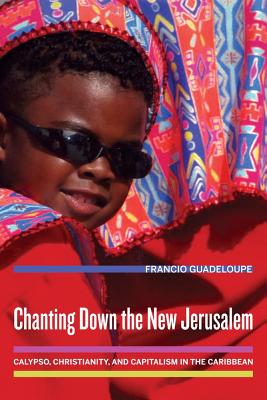 Chanting Down the New Jerusalem

Calypso, Christianity, and Capitalism in the Caribbean (The Anthropology of Christianity #4)

In this brilliantly evocative ethnography, Francio Guadeloupe probes the ethos and attitude created by radio disc jockeys on the binational Caribbean island of Saint Martin/Sint Maarten. Examining the intersection of Christianity, calypso, and capitalism, Guadeloupe shows how a multiethnic and multireligious island nation, where livelihoods depend on tourism, has managed to encourage all social classes to transcend their ethnic and religious differences. In his pathbreaking analysis, Guadeloupe credits the island DJs, whose formulations of Christian faith, musical creativity, and capitalist survival express ordinary people's hopes and fears and promote tolerance.

Praise For Chanting Down the New Jerusalem: Calypso, Christianity, and Capitalism in the Caribbean (The Anthropology of Christianity #4)…

“Chanting Down the New Jerusalem is a welcome addition to the anthropological literature of Christianity, capitalism, and nationalism.”
— Religion & Society

“Incisive and vibrant. . . . The people of Sint Maarten and Saint Martin . . . came alive on every turn of a page.”
— Black Theology