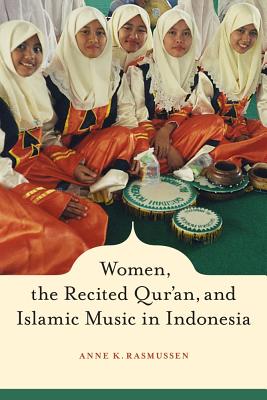 Women, the Recited Qur'an, and Islamic Music in Indonesia

Women, the Recited Qur'an, and Islamic Music in Contemporary Indonesia takes readers to the heart of religious musical praxis in Indonesia, home to the largest Muslim population in the world. Anne K. Rasmussen explores a rich public soundscape, where women recite the divine texts of the Qur'an, and where an extraordinary diversity of Arab-influenced Islamic musical styles and genres, also performed by women, flourishes. Based on unique and revealing ethnographic research beginning at the end of Suharto's “New Order” and continuing into the era of “Reformation,” the book considers the powerful role of music in the expression of religious nationalism. In particular, it focuses on musical style, women's roles, and the ideological and aesthetic issues raised by the Indonesian style of recitation.

Praise For Women, the Recited Qur'an, and Islamic Music in Indonesia…

“This book breaks new ground as it overturns old assumptions.”
— Michael B. Bakan

Anne K. Rasmussen is Associate Professor of Music at the College of William and Mary.
Loading...
or support indie stores by buying on