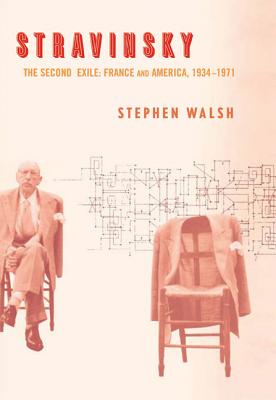 Stephen Walsh's magisterial, engagingly written two-volume Stravinsky is the most detailed and extensive work available on the life of the man widely regarded as the greatest composer of the twentieth century. This second volume takes up the composer's story in 1934, in a Europe growing ever more chaotic in the lead-up to World War II. Walsh follows Stravinsky's emigration to the United States, where he courted Hollywood, associated with writers and artists including Aldous Huxley, W.H. Auden, and George Balanchine, began a career as a conductor and recording artist, and composed a string of masterpieces that changed the course of twentieth-century music. Stravinsky: The Second Exile takes full account of Russian-language sources, including much correspondence, made available since the composer's death and since the fall of the Soviet Union, and is the first work to thoroughly assess the authenticity of many of the writings published under Stravinsky's name.

Stephen Walsh is Professor in the School of Music at Cardiff University. He is author of The Music of Stravinsky among other books.
Loading...
or support indie stores by buying on