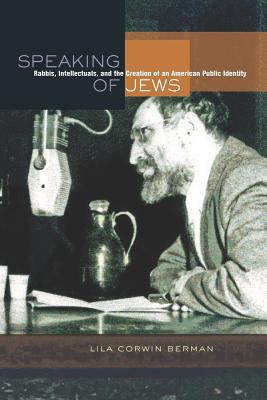 Rabbis, Intellectuals, and the Creation of an American Public Identity

Lila Corwin Berman asks why, over the course of the twentieth century, American Jews became increasingly fascinated, even obsessed, with explaining themselves to their non-Jewish neighbors. What she discovers is that language itself became a crucial tool for Jewish group survival and integration into American life. Berman investigates a wide range of sources--radio and television broadcasts, bestselling books, sociological studies, debates about Jewish marriage and intermarriage, Jewish missionary work, and more--to reveal how rabbis, intellectuals, and others created a seemingly endless array of explanations about why Jews were indispensable to American life. Even as the content of these explanations developed and shifted over time, the very project of self-explanation would become a core element of Jewishness in the twentieth century.