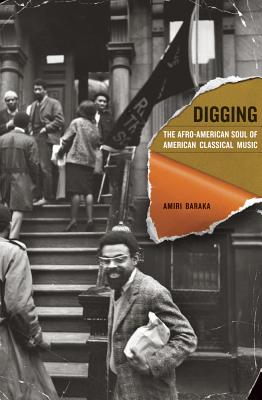 For almost half a century, Amiri Baraka has ranked among the most important commentators on African American music and culture. In this brilliant assemblage of his writings on music, the first such collection in nearly twenty years, Baraka blends autobiography, history, musical analysis, and political commentary to recall the sounds, people, times, and places he's encountered. As in his earlier classics, Blues People and Black Music, Baraka offers essays on the famous--Max Roach, Charlie Parker, Miles Davis, John Coltrane--and on those whose names are known mainly by jazz aficionados--Alan Shorter, Jon Jang, and Malachi Thompson. Baraka's literary style, with its deep roots in poetry, makes palpable his love and respect for his jazz musician friends. His energy and enthusiasm show us again how much Coltrane, Albert Ayler, and the others he lovingly considers mattered. He brings home to us how music itself matters, and how musicians carry and extend that knowledge from generation to generation, providing us, their listeners, with a sense of meaning and belonging.

Amiri Baraka (formerly LeRoi Jones) is a writer and critic, the poet laureate of New Jersey, and Professor Emeritus of the State University of New York, Stony Brook. His many books include Blues People, Black Music, and The Music.
or
Not Currently Available for Direct Purchase
Copyright © 2020 American Booksellers Association