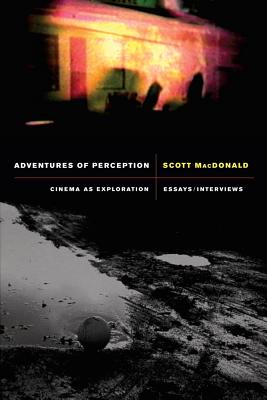 Over the past twenty-five years, Scott MacDonald's kaleidoscopic explorations of independent cinema have become the most important chronicle of avant-garde and experimental film in the United States. In this collection of thematically related personal essays and conversations with filmmakers, he takes us on a fascinating journey into many under-explored territories of cinema. MacDonald illuminates topics including race and avant-garde film, the political implications of the nature film, the inventive single shot films of the late 1960s and early 1970s, why men use pornography and what they are looking at when they do, poetry and the poetic in avant-garde film, the widespread failure of film studies academicians to honor those who keep film exhibition alive, and other topics.

Scott MacDonald is author of the five volumes of the Critical Cinema series (UC Press), of Canyon Cinema: The Life and Times of an Independent Film Distributor (UC Press), and of several other books on avant-garde film. He is currently Visiting Professor of Film History at Hamilton College and at Harvard University.
Loading...
or support indie stores by buying on