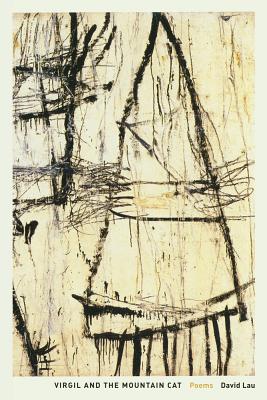 Virgil and the Mountain Cat

At once uncompromising and highly inventive, David Lau's poems are imbued with a musicality that lightens the dark undertones of spoliation and entropy. Many of the poems embody a nexus of interaction with historical events, films, modernist poetic texts, and works of art—but from this allusion and evocation, a multifarious voice emerges. In these pages, the electric linguistic experiment meets a new urban, postnatural poetics, one in which poetry is not just a play of signs and seemings but also a prismatic investigation of our contemporary order: "Hurry up before our factory leaves. / The first column of the Freedom Tower / traduces its ensorcellment in the facade." Here is a poetry both deeply lyrical and resistant, a poetry relentless in its invention and its stance against the apathy of convention and consumption.

“For those willing to experience poetry without requiring a rational explanation, Virgil and the Mountain Cat is filled with shock, curiosity, and delight.”
— Believer

David Lau teaches writing at the University of California, Santa Cruz, and Cabrillo College. His poems have appeared in Boston Review, New Orleans Review, Wildlife, and other magazines.
Loading...
or support indie stores by buying on