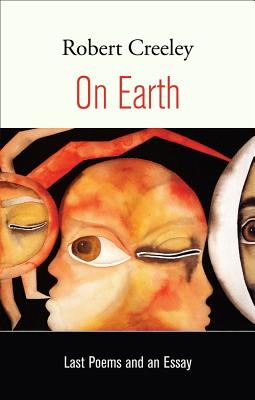 Last Poems and an Essay

Robert Creeley, one of the most significant American poets of the twentieth century, helped define an emerging counter-tradition to the prevailing literary establishment—a postwar poetry originating with Ezra Pound, William Carlos Williams, and Louis Zukofsky and expanding through the lives and works of Charles Olson, Robert Duncan, Allen Ginsberg, Denise Levertov, and others. When Robert Creeley died in March 2005, he was working on what was to be his final book of poetry. In addition to more than thirty new poems, many touching on the twin themes of memory and presence, this moving collection includes the text of the last paper Creeley gave—an essay exploring the late verse of Walt Whitman. Together, the essay and the poems are a retrospective on aging and the resilience of memory that includes tender elegies to old friends, the settling of old scores, and reflective poems on mortality and its influence on his craft. On Earth reminds us what has made Robert Creeley one of the most important and affectionately regarded poets of our time.

Robert Creeley (1926-2005) has published more than sixty books of poetry, prose, essays, interviews and in the United States and abroad, including If I Were Writing This, Selected Poems 1945-1990, The Collected Poems of Robert Creeley, 1945-1975, and The Island. His many honors include the Lannan Lifetime Achievement Award, the Frost Medal, the Shelley Memorial Award, and the Bollingen Prize in Poetry. He was a member of the American Academy of Arts and Letters and Distinguished Professor in the Graduate Program in Literary Arts at Brown University.
Loading...
or
Not Currently Available for Direct Purchase