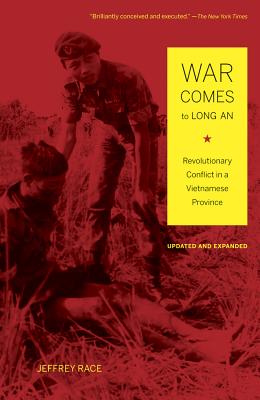 War Comes to Long An, Updated and Expanded (Paperback)

Revolutionary Conflict in a Vietnamese Province

This landmark study of the Vietnamese conflict, examined through the lens of the revolutionary and counter-revolutionary movements in the rural province of Long An up until American intervention in the area, offers a human, balanced, penetrating account of war. Two new forewords by Robert K. Brigham of Vassar College and Jeffrey Record of the Air War College explore the book's enduring influence. A new end chapter offers previously unpublished scholarship on the conflict.

Jeffrey Race, living in Asia since 1965, is a retired American military officer, a consultant to private firms and public bodies, and volunteer with many international charities.

Praise For War Comes to Long An, Updated and Expanded: Revolutionary Conflict in a Vietnamese Province…

“The work’s success in bringing clarity to its analysis of that attack owes much to its long neglected social science, to Jeffrey Race.”
— New Mandala ; Thailand-Laos-Cambodia Group

“I’ve gotten more out of re-reading War Comes to Long An . . . than just about anything other than Robert Warburton’s classic memoir, Eighteen Years in the Khyber, 1879–98 (1900).”
— The American Interest
or support indie stores by buying on
Copyright © 2020 American Booksellers Association