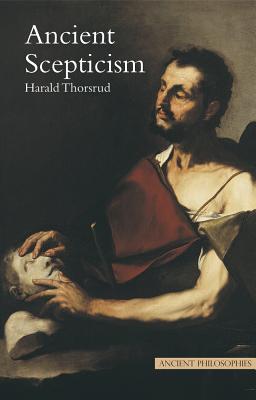 Scepticism, a philosophical tradition that casts doubt on our ability to gain knowledge of the world and suggests suspending judgment in the face of uncertainty, has been influential since its beginnings in ancient Greece. Harald Thorsrud provides an engaging, rigorous introduction to the central themes, arguments, and general concerns of ancient Scepticism, from its beginnings with Pyrrho of Elis (ca. 360 B.C. -ca. 270 B.C.) to the writings of Sextus Empiricus in the second century A.D. Thorsrud explores the differences among Sceptics and examines in particular the separation of the Scepticism of Pyrrho from its later form—Academic Scepticism—the result of its ideas being introduced into Plato's Academy in the third century B.C. Steering an even course through the many differences of scholarly opinion surrounding Scepticism, the book also provides a balanced appraisal of the philosophy's enduring significance by showing why it remains so interesting and how ancient interpretations differ from modern ones.

“This book is a joy to read as well as philosophically engaging.”
— Aestimatio

Harald Thorsrud is Assistant Professor of Philosophy at Agnes Scott College and the author of Cicero's Ethics.
Loading...
or
Not Currently Available for Direct Purchase