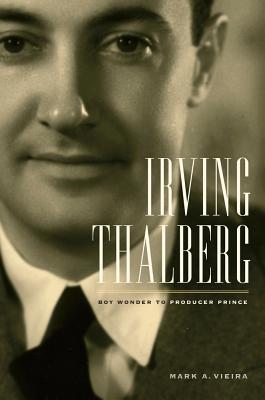 By Mark A. Vieira

Hollywood in the 1920s sparkled with talent, confidence, and opportunity. Enter Irving Thalberg of Brooklyn, who survived childhood illness to run Universal Pictures at twenty; co-found Metro-Goldwyn-Mayer at twenty-four; and make stars of Lon Chaney, Norma Shearer, Greta Garbo, Joan Crawford, Clark Gable, and Jean Harlow. Known as Hollywood's “Boy Wonder,” Thalberg created classics such as Ben-Hur, Tarzan the Ape Man, Grand Hotel, Freaks, Mutiny on the Bounty, and The Good Earth, but died tragically at thirty-seven. His place in the pantheon should have been assured, yet his films were not reissued for thirty years, spurring critics to question his legend and diminish his achievements. In this definitive biography, illustrated with rare photographs, Mark A. Vieira sets the record straight, using unpublished production files, financial records, and correspondence to confirm the genius of Thalberg's methods. In addition, this is the first Thalberg biography to utilize both his recorded conversations and the unpublished memoirs of his wife, Norma Shearer. Irving Thalberg is a compelling narrative of power and idealism, revealing for the first time the human being behind the legend.

Mark A. Vieira is a photographer, filmmaker, and Hollywood historian. His previous books include Hurrell's Hollywood Portraits and Greta Garbo: A Cinematic Legacy.

“Vieira has accomplished something quite extraordinary. . . . This is the definitive volume about a towering figure in the history of Hollywood.”
— Leonard Maltin

“The third biography of Thalberg, and far and away the most thoroughly researched, comprehensive, and penetrating . . . as close to definitive as any biography of Irving Thalberg is likely to get.”
— Joseph Epstein

“Vieira writes with great verve and enthusiasm, and he has a flair for narrative movement that suits these exponents of the new storytelling . . . well written and extensively researched.”
— David Thomson

“Vieira has put the enigmatic producer back in the spotlight with his biography . . . a thorough and readable book.”
— Matthew Rovner

“This is a sympathetic, diligent, and intelligent account of a wondrous era in Hollywood.”
— Jewish Book World

“This is a worthy, well-documented account of [Thalberg’s] life.”
— R. D. Sears

“The jury has been out for 70 years on the MGM studio chief, even though F Scott Fitzgerald immortalised him as the “last tycoon”. Was Thalberg art’s gift to Hollywood, with his well-bred epics (Romeo and Juliet, Marie Antoinette)? Or was he a mogul playing to the middlebrow? Read this impressively researched study and decide.”
— Nigel Andrews

“Among the many virtues of Mark Vieira’s biography is the use he makes of the story conferences preserved in the MGM archives.”
— The Economist

“An engaging new biography . . . an unusually animated and revealing tour of Hollywood in the 1920s and '30s.”
— Noah Isenberg

“An important book on a pivotal figure in Hollywood history. . . . Vieira’s biography is an invaluable resource.”
— Camille McCutcheon, University of South Carolina Upstate