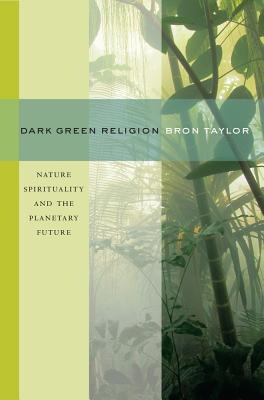 Nature Spirituality and the Planetary Future

In this innovative and deeply felt work, Bron Taylor examines the evolution of “green religions” in North America and beyond: spiritual practices that hold nature as sacred and have in many cases replaced traditional religions. Tracing a wide range of groups—radical environmental activists, lifestyle-focused bioregionalists, surfers, new-agers involved in “ecopsychology,” and groups that hold scientific narratives as sacred—Taylor addresses a central theoretical question: How can environmentally oriented, spiritually motivated individuals and movements be understood as religious when many of them reject religious and supernatural worldviews? The “dark” of the title further expands this idea by emphasizing the depth of believers' passion and also suggesting a potential shadow side: besides uplifting and inspiring, such religion might mislead, deceive, or in some cases precipitate violence. This book provides a fascinating global tour of the green religious phenomenon, enabling readers to evaluate its worldwide emergence and to assess its role in a critically important religious revolution.

“This ambitious work seeks to set forth a new religious tradition characterized by its central concern for the fate of the planet.”
— Nova Religio: The Journal of Alternative and Emergent Religions

“. . . thought-provoking, useful, and enlightening . . . [There is] no other scholar working in this field who is as conversant as Taylor in science, history of science, environmental history, and environmental literature, nor are there many who can present all these data in a style with such broad appeal. Taylor’s book is a major achievement.”
— Journal of the American Academy of Religion

“[Taylor] names levels of spirituality that are often unacknowledged, unattended to, or rejected, and demonstrates how a new global spirituality (DGR) is becoming a force for positive change on our planet. . . . [A] fascinating study.”
— Isle: Interdisciplinary Studies in Literature & Environment

“Dark Green Religion is intelligent, well-written, and very much worth reading.”
— Worldviews

“Far from a disinterested study, Taylor views the alleged decline of traditional religions not as secularization as much as this new natural religion replacing older more outmoded ones.”
— Religion Watch

"Taylor examines the evolution of 'green religions' in North America, that is, spiritual practices that hold nature as sacred and have in many cases replaced traditional religions."
— Compendium Newsletter
or support indie stores by buying on
Copyright © 2020 American Booksellers Association