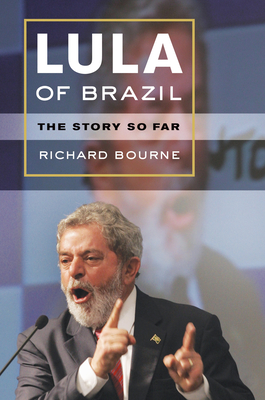 The Story So Far

Luiz Inácio Lula da Silva's dramatic life story has captured the imagination of millions, and his progressive politics have brought hope and excitement to Brazil—and the world. This compelling work is the first major English-language biography of the metalworker who became president of Latin America's largest and most powerful country. In a clearly written, vividly detailed narrative, Richard Bourne describes Lula's childhood hardships in an impoverished family, his days as a revered trade unionist, and the strike movement that brought down Brazil's military dictatorship. The book chronicles Lula's campaigns for the presidency, his first term in office beginning in 2002, a major corruption scandal, and his reelection in 2006. Throughout, Lula of Brazil connects this charismatic leader's life to larger issues, such as the difficulty of maintaining a progressive policy in an era of globalization. Brazil's contemporary history, parallels with other developing countries and other world leaders, the conservatism of Brazilian society, and other themes provide a rich backdrop for assessing the struggles, achievements, and failures of this major figure on both the Brazilian and the world stage.

Richard Bourne is Senior Fellow at the Institute of Commonwealth Studies at London University. He is author of several books including Assault on the Amazon, Getúlio Vargas of Brazil: Sphinx of the Pampas, and Political Leaders of Latin America.
Loading...
or support indie stores by buying on