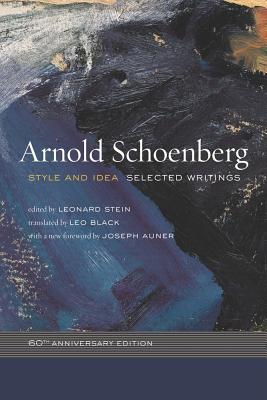 One of the most influential collections of music ever published, Style and Idea includes Schoenberg's writings about himself and his music as well as studies of many other composers and reflections on art and society. An interpretive essay by Joseph Auner, Chair and Professor of Music at Tufts University, augments this anniversary edition.