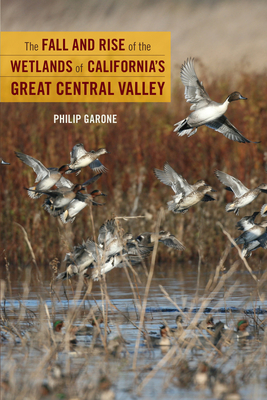 This is the first comprehensive environmental history of California’s Great Central Valley, where extensive freshwater and tidal wetlands once provided critical habitat for tens of millions of migratory waterfowl. Weaving together ecology, grassroots politics, and public policy, Philip Garone tells how California’s wetlands were nearly obliterated by vast irrigation and reclamation projects, but have been brought back from the brink of total destruction by the organized efforts of duck hunters, whistle-blowing scientists, and a broad coalition of conservationists. Garone examines the many demands that have been made on the Valley’s natural resources, especially by large-scale agriculture, and traces the unforeseen ecological consequences of our unrestrained manipulation of nature. He also investigates changing public and scientific attitudes that are now ushering in an era of unprecedented protection for wildlife and wetlands in California and the nation.

“The Fall and Rise of the Wetlands of California’s Great Central Valley should be an essential read for anyone seeking to understand the interplay of ecology and policy in the history of California’s Central Valley. . . .The book has a place alongside the standards of the field.”
— Agricultural History

“Fascinating. . . . An exceptional treatment of the history of wetlands in the Central Valley of California. . . . This book will be accessible to a wide audience, is richly documented, and will be an invaluable resource.”
— Quarterly Review Of Biology

Philip Garone is Professor of History at California State University, Stanislaus.
Loading...
or support indie stores by buying on