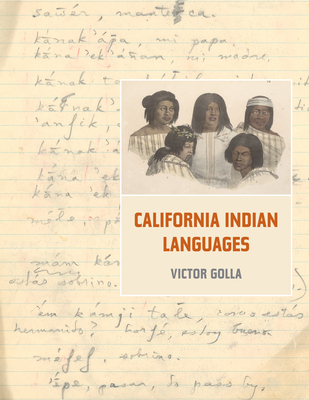 Nowhere was the linguistic diversity of the New World more extreme than in California, where an extraordinary variety of village-dwelling peoples spoke seventy-eight mutually unintelligible languages. This comprehensive illustrated handbook, a major synthesis of more than 150 years of documentation and study, reviews what we now know about California's indigenous languages. Victor Golla outlines the basic structural features of more than two dozen language types and cites all the major sources, both published and unpublished, for the documentation of these languages—from the earliest vocabularies collected by explorers and missionaries, to the data amassed during the twentieth-century by Alfred Kroeber and his colleagues, to the extraordinary work of John P. Harrington and C. Hart Merriam. Golla also devotes chapters to the role of language in reconstructing prehistory, and to the intertwining of language and culture in pre-contact California societies, making this work, the first of its kind, an essential reference on California’s remarkable Indian languages.

“A once-in-a-hundred year work which is not only scholarly, well-footnoted, well-referenced, and bibliographically complete. It is also readable and enjoyable. . . . A landmark in the study of native Californian languages. . . . This is a book to be used, not just admired.”
— California Archaeology

"This monograph on the indigenous languages of California 'has been long in coming,' as Golla himself points out in the preface, but the wait has been worth it. . . . This book is more than just an authoritative statement of the accumulated wisdom concerning the languages of a particular region. It is also a pleasure to read and to behold. Golla’s writing style is lucid and engaging; a plethora of tables, maps, and photographs adorn the pages, and the University of California Press has done an outstanding job on the visual presentation of information. Golla’s enthusiasm for California’s indigenous languages and cultures, and his interest in the scholars and scholarly traditions by which they are known outside of indigenous communities themselves, shine through on every page."
— International Journal of American Linguistics

"This is probably the most valuable book ever published on California Indian languages and cultures, and it should be on the shelf of any serious California scholar."
— Anthropological Linguistics

"Bringing together the linguistic records of explorers and missionaries, as well as the research of anthropologists Alfred Kroeber, John P. Harrington, and C. Hart Merriam, this is an essential reference for linguistics collections."
— Library Journal

"A lush and handy primer."
— Books & Culture: A Christian Review

Victor Golla, a leading expert on the native languages of California, is Professor of Anthropology at Humboldt State University. He is the editor of The Sapir-Kroeber Correspondence: Letters Between Edward Sapir and Alfred Kroeber, 1905–1925 and of several volumes of The Collected Works of Edward Sapir.
Loading...
or support indie stores by buying on