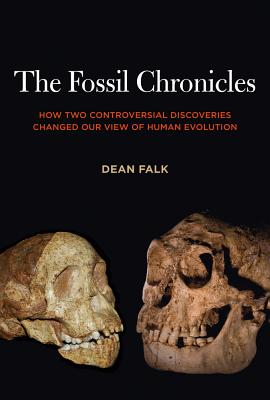 How Two Controversial Discoveries Changed Our View of Human Evolution

Two discoveries of early human relatives, one in 1924 and one in 2003, radically changed scientific thinking about our origins. Dean Falk, a pioneer in the field of human brain evolution, offers this fast-paced insider’s account of these discoveries, the behind-the-scenes politics embroiling the scientists who found and analyzed them, and the academic and religious controversies they generated. The first is the Taung child, a two-million-year-old skull from South Africa that led anatomist Raymond Dart to argue that this creature had walked upright and that Africa held the key to the fossil ancestry of our species. The second find consisted of the partial skeleton of a three-and-a-half-foot-tall woman, nicknamed Hobbit, from Flores Island, Indonesia. She is thought by scientists to belong to a new, recently extinct species of human, but her story is still unfolding. Falk, who has studied the brain casts of both Taung and Hobbit, reveals new evidence crucial to interpreting both discoveries and proposes surprising connections between this pair of extraordinary specimens.

Dean Falk is a Senior Scholar at the School for Advanced Research in Santa Fe, New Mexico. Her previous books include Finding Our Tongues: Mothers, Infants, and the Origin of Language and Braindance, Revised and Expanded Edition: New Discoveries about Human Origins and Brain Evolution.


Praise For The Fossil Chronicles: How Two Controversial Discoveries Changed Our View of Human Evolution…

“Infectious. . . . This book provides a powerful reminder that fossils should hold value to those beyond sometimes argumentative paleoanthropologists.”
— Kristian J. Carlson, University of the Witwatersrand, Johannesburg