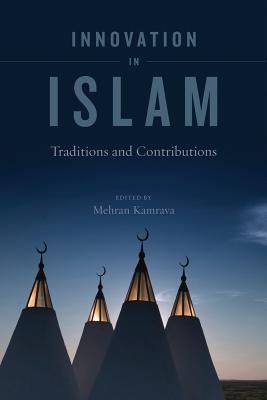 Why has the West developed and modernized, while the Muslim world has lagged behind? Why has democracy not found a hospitable home in much of the Muslim world? Why have the opponents of innovation found their message so resonant with ordinary Muslims? Featuring essays by a multidisciplinary group of leading scholars, this volume offers in-depth analyses of the history, causes, consequences, and obstacles to innovation in Islam. Focusing on the ways and means through which the teachings of Islam have been produced and perpetuated over time, the contributors investigate such areas as the arts and letters, jurisprudence, personal status, hermeneutics and epistemology, and Muslims’ perceptions of the self in the modern world. Innovation in Islam illuminates a debate that extends beyond semantics into everyday politics and society—and one that has ramifications around the world.


Praise For Innovation in Islam: Traditions and Contributions…

Mehran Kamrava is Interim Dean of Georgetown University’s School of Foreign Service in Qatar and also the Director of the School’s Center for International and Regional Studies. He is the author of The Modern Middle East: A Political History since the First World War (second edition, UC Press) and Iran’s Intellectual Revolution. He has also edited The New Voices of Islam: Rethinking Politics and Modernity (UC Press).
Loading...
or support indie stores by buying on