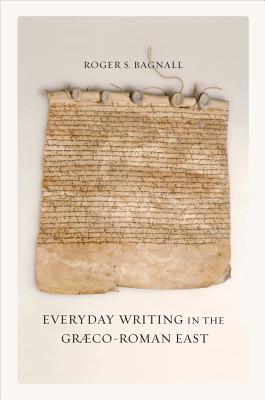 Most of the everyday writing from the ancient world—that is, informal writing not intended for a long life or wide public distribution—has perished. Reinterpreting the silences and blanks of the historical record, leading papyrologist Roger S. Bagnall convincingly argues that ordinary people—from Britain to Egypt to Afghanistan—used writing in their daily lives far more extensively than has been recognized. Marshalling new and little-known evidence, including remarkable graffiti recently discovered in Smyrna, Bagnall presents a fascinating analysis of writing in different segments of society. His book offers a new picture of literacy in the ancient world in which Aramaic rivals Greek and Latin as a great international language, and in which many other local languages develop means of written expression alongside these metropolitan tongues.

"Illuminating. . . . There is little to critique in this engaging contribution from a seasoned papyrologist and ancient historian."
— Brent Nongbri

Roger S. Bagnall is Professor of Ancient History and Director at the Institute for the Study of the Ancient World at New York University and the author most recently of Early Christian Books in Egypt.
Loading...
or support indie stores by buying on