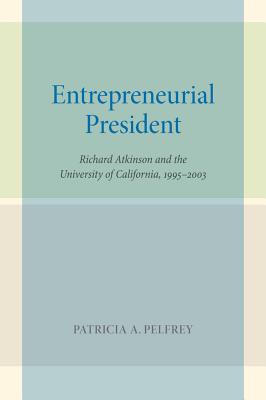 Richard Atkinson and the University of California, 1995–2003

By Patricia A. Pelfrey

Richard C. Atkinson was named president of the University of California in August 1995, barely four weeks after the UC Regents voted to end affirmative action. How he dealt with the admissions wars—the political, legal, and academic consequences of that historic and controversial decision, as well as the issue of governance—is discussed in this book. Another focus is the entrepreneurial university—the expansion of the University’s research enterprise into new forms of scientific research with industry during Atkinson’s presidency. The final crisis of his administration was the prolonged controversy over the University’s management of the Los Alamos and Livermore nuclear weapons research laboratories that began with the arrest of Los Alamos scientist Wen Ho Lee on charges of espionage in 1999. Entrepreneurial President explains what was at stake during each of these episodes, how Atkinson addressed the issues, and why the outcomes matter to the University and to the people of California. Pelfrey’s book provides an analysis of the challenges, perils, and limits of presidential leadership in the nation’s leading public university, while bringing a historical perspective to bear on the current serious threats to its future as a university.

Patricia Pelfrey is a Research Associate at the Center for Studies in Higher Education at UC Berkeley. She is the author of A Brief History of the University of California (UC Press, 2004).

Praise For Entrepreneurial President: Richard Atkinson and the University of California, 1995–2003…

“A most interesting book. . . . It is hard to imagine anyone more qualified than Pat Pelfrey to write this book.”
— Vanderhoef, Larry N.

“Pelfrey writes from an unparalleled inside position. . . . Full of insight.”
— Karen Merritt

“Enlightening. . . . This book provides a wealth of important observations about the most salient aspects of the Atkinson presidency.”
— Cristina Gonzalez, University of California, Davis

"Her riveting chapter on the history of intelligence testing, disputes over the reliability of aptitude versus achievement testing and America's obsession with standardized tests should be mandatory reading for anyone interested in the history of the interplay between merit and democracy."
— Sheldon Rothblatt
or
Not Currently Available for Direct Purchase
Copyright © 2020 American Booksellers Association