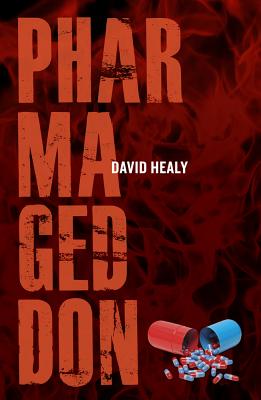 This searing indictment, David Healy’s most comprehensive and forceful argument against the pharmaceuticalization of medicine, tackles problems in health care that are leading to a growing number of deaths and disabilities. Healy, who was the first to draw attention to the now well-publicized suicide-inducing side effects of many anti-depressants, attributes our current state of affairs to three key factors: product rather than process patents on drugs, the classification of certain drugs as prescription-only, and industry-controlled drug trials. These developments have tied the survival of pharmaceutical companies to the development of blockbuster drugs, so that they must overhype benefits and deny real hazards. Healy further explains why these trends have basically ended the possibility of universal health care in the United States and elsewhere around the world. He concludes with suggestions for reform of our currently corrupted evidence-based medical system.

“Healy’s contrarian streak and sharpness make this a disturbing, well-documented indictment that echoes many others in recent years, and one worth heeding.”
— Publishers Weekly

“Powerful. . . . Healy exposes the secrets that enable drug companies to circumvent protections. . . . And he also offers a solution.”
— Human Givens

"We owe respect to David Healy for his knowledge, diligence and idealism. This and his other writings require expertise and courage..."

David Healy is Professor of Psychiatry at Cardiff University in Britain and a former Secretary of the British Association for Psychopharmacology. He is the author of books including Let Them Eat Prozac: The Unhealthy Relationship Between the Pharmaceutical Industry and Depression, The Antidepressant Era, and Mania: A Short History of Bipolar Disorder.
Loading...
or support indie stores by buying on