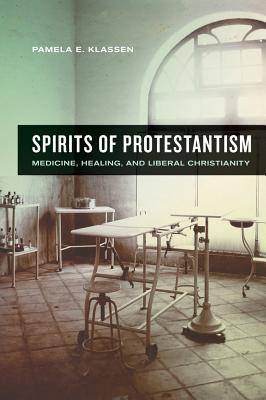 Spirits of Protestantism reveals how liberal Protestants went from being early-twentieth-century medical missionaries seeking to convert others through science and scripture, to becoming vocal critics of missionary arrogance who experimented with non-western healing modes such as Yoga and Reiki. Drawing on archival and ethnographic sources, Pamela E. Klassen shows how and why the very notion of healing within North America has been infused with a Protestant "supernatural liberalism." In the course of coming to their changing vision of healing, liberal Protestants became pioneers three times over: in the struggle against the cultural and medical pathologizing of homosexuality; in the critique of Christian missionary triumphalism; and in the diffusion of an ever-more ubiquitous anthropology of "body, mind, and spirit." At a time when the political and anthropological significance of Christianity is being hotly debated, Spirits of Protestantism forcefully argues for a reconsideration of the historical legacies and cultural effects of liberal Protestantism, even for the anthropology of religion itself.


Praise For Spirits of Protestantism: Medicine, Healing, and Liberal Christianity (The Anthropology of Christianity #13)…

“A courageous and balanced treatise. . . . A nuanced call for the careful analysis of the seemingly familiar.”
— Willson Wills

Pamela E. Klassen is Professor in the Department for the Study of Religion at the University of Toronto. She is the author of Blessed Events: Religion and Home Birth in America.
Loading...
or support indie stores by buying on