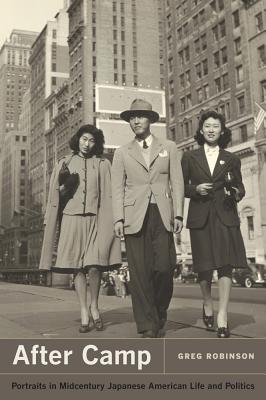 This book illuminates various aspects of a central but unexplored area of American history: the midcentury Japanese American experience. A vast and ever-growing literature exists, first on the entry and settlement of Japanese immigrants in the United States at the turn of the 20th century, then on the experience of the immigrants and their American-born children during World War II. Yet the essential question, “What happened afterwards?” remains all but unanswered in historical literature. Excluded from the wartime economic boom and scarred psychologically by their wartime ordeal, the former camp inmates struggled to remake their lives in the years that followed. This volume consists of a series of case studies that shed light on various developments relating to Japanese Americans in the aftermath of their wartime confinement, including resettlement nationwide, the mental and physical readjustment of the former inmates, and their political engagement, most notably in concert with other racialized and ethnic minority groups.

Praise For After Camp: Portraits in Midcentury Japanese American Life and Politics…

“After Camp is a record of a unique time, place and situation, but its reach is universal.”
— Japan Times

“Essential. . . . A laudable intervention into the histories of Asian America, race, politics, and law in the mid-twentieth century.”
— Ellen D. Wu, Indiana University

“[An] important contribution. . . . The first in-depth look at [the postwar period of resettlement and renewal of Japanese American communities].”
— Esther Newman

Greg Robinson is Associate Professor of History at l'Universite du Quebec A Montreal and the author of A Tragedy of Democracy: Japanese Confinement in North America (Columbia).
Loading...
or support indie stores by buying on