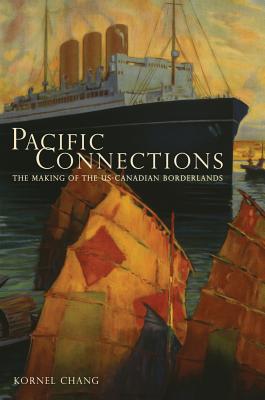 The Making of the U.S.-Canadian Borderlands (American Crossroads #34)

In the late nineteenth century the borderlands between the United States, the British Empire in Canada, and the Asia-Pacific Rim emerged as a crossroads of the Pacific world. In Pacific Connections, Kornel Chang tells the dramatic stories of the laborers, merchants, smugglers, and activists who crossed these borders into the twentieth century, and the American and British empire-builders who countered them by hardening racial and national lines. But even as settler societies attempted to control the processes of imperial integration, their project fractured under its contradictions. Migrant workers and radical activists pursued a transnational politics through the very networks that made empire possible. Charting the U.S.-Canadian borderlands from above and below, Chang reveals the messiness of imperial formation and the struggles it spawned from multiple locations and through different actors across the Pacific world. Pacific Connections is the winner of the Outstanding Book in History award from the Association for Asian American Studies and is a finalist for the John Hope Franklin Book Prize from the American Studies Association.

Praise For Pacific Connections: The Making of the U.S.-Canadian Borderlands (American Crossroads #34)…

Kornel Chang is Associate Professor of History at Rutgers, The State University of New Jersey, in Newark.
Loading...
or support indie stores by buying on