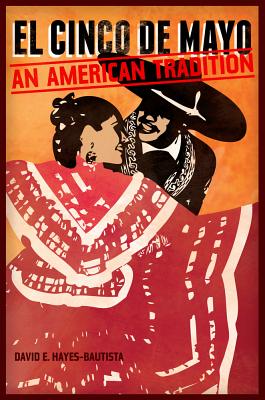 Why is Cinco de Mayo—a holiday commemorating a Mexican victory over the French at Puebla in 1862—so widely celebrated in California and across the United States, when it is scarcely observed in Mexico? As David E. Hayes-Bautista explains, the holiday is not Mexican at all, but rather an American one, created by Latinos in California during the mid-nineteenth century. Hayes-Bautista shows how the meaning of Cinco de Mayo has shifted over time—it embodied immigrant nostalgia in the 1930s, U.S. patriotism during World War II, Chicano Power in the 1960s and 1970s, and commercial intentions in the 1980s and 1990s. Today, it continues to reflect the aspirations of a community that is engaged, empowered, and expanding.

“A highly readable and important analysis not only of the holiday’s origins but also of the native-born and immigrant Latino communities that created it.”
— Southern California Quarterly

“El Cinco de Mayo does what I once thought impossible: explain the relevance and the importance of commemorating this day.”
— Washington Independent Review of Books

"A valuable work for the general reader, students, and scholars interested in the history of Mexican Americans and the US West."
— Historian

"An important contribution to the canons of American and Latino social and cultural history."
— Journal of San Diego History

David E. Hayes-Bautista is Distinguished Professor of Medicine and Director of the Center for the Study of Latino Health and Culture at the David Geffen School of Medicine at UCLA, in the Division of General Internal Medicine.. He is the author of La Nueva California: Latinos in the Golden State (UC Press).
or support indie stores by buying on